This the continent where people travel if they want to see wildlife in its true natural habitat. This is where wildlife and especially the so-called ‘Big Five‘ can be found in surroundings just like those which were experienced by the first white explorers and hunters who visited what was then called the ‘Dark Continent’.

The answer is that there are numerous regions that offer an incredible wildlife experience – however, there can be only a few that will create memories that will last a lifetime.

The Maasai Mara National Reserve is a microcosm of what Africa was when it was still untamed wilderness. The game ranges freely across what is now a massive plain of grasslands. But what makes it that special place is the annual migration of millions of animals in search of new pastures and grasslands as they move between Kenya and Tanzania. Safari lovers flock to see this mass migration and the chilling spectacle of when herds of herbivores try to cross rivers populated by Nile Crocodile.

This is where Africa can be experienced at its rawest and most ferocious. This is a place where the San – who used to be known as Bushmen still roam some of the most unforgiving spaces on the planet. It is also a place where the seeker after an Africa which has been long forgotten will find their dreams. Here the visitor will find select game lodges which do not rely on ultra-luxury four by four vehicles to provide guests with an African experience. Here it is man vs nature. For those in search of Africa in the raw, this is the place to visit. This is a place that when the low grumble of a night hunting pack of lions is heard one can be assured that help is far, far away. It teaches a new respect for Africa.

Spooned into this massive area is a concentration of wildlife that it would be impossible to find in any other place on the face of the planet. The crater of this extinct volcano forces vast herds of Wildebeest and other herbivores, as well as the animals that make their meals from them into close proximity. there can be no other place on Earth where the interactions between predator and prey can be so closely observed. This is a place where the ‘Big Five’ – Lion, Elephant, Cape Buffalo, Rhino, and Leopard can all be spotted in a single day. 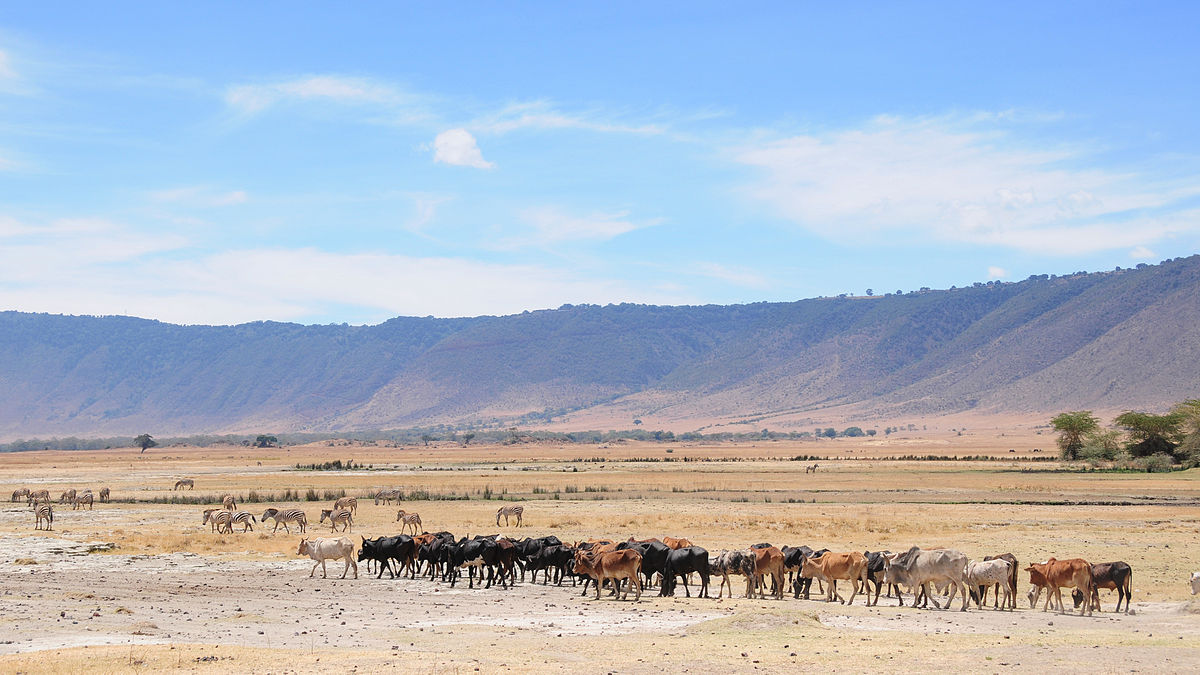 The stark beauty of Namibia is offset by the tremendous variety of wildlife that can be found in the country – and nowhere is this more apparent than in the Etosha National Park.

Star of the show, aside from the numerous watering holes which draw enormous numbers of species is the Etosha Pan after which the park is named. This dried salt lake bed cover around 25% of the park. In the park, every one of the ‘Big Five’ can be spotted and the waterholes make the experience both fascinating and educational.

Of course, these four countries and parks are only the tip of the iceberg when it comes to enjoying what Africa has to offer as far as a safari destination is concerned. there are many more attractions for the nature lover – but as far a great start is concerned one could do no better.